We've had a week off school and it's been a strange mix of doing nothing and a lot happening. 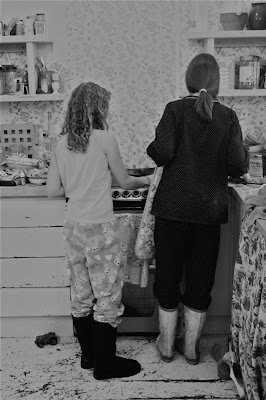 We've had lots of pajama days, lying on the couch and making pancakes at three in the afternoon.
Sleepovers and sleepless nights. 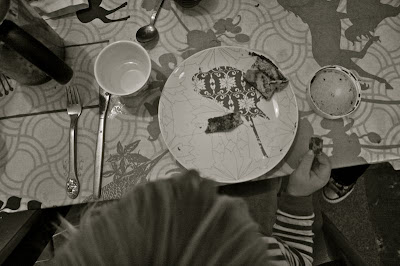 Sickly babes, coughs and fevers, and a put out back. 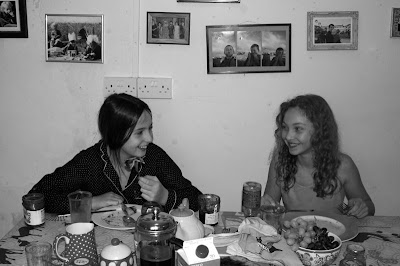 And an exciting day yesterday when we had a photo shoot in the rain in our garden, which thankfully this time we were just observing so we managed to stay warm and dry inside!
As soon as I am given the go ahead I'll have some behind the scenes photos of it to share with you!
In the meantime, we're focusing on getting better, and we are still lounging on the couch watching the endless rain and lots of telly (as we call it here!).
And it's a long time since I've done that!
Posted by Ciara Brehony at 15:31

Email ThisBlogThis!Share to TwitterShare to FacebookShare to Pinterest
Labels: autumn

Your half term sounds very similar to what ours has been :)(Minus the photo shoot of course)
Have a great Halloeween weekend. x

Pancakes at three.
Such a happy thought.

I love lazy days with my girls...I long for the idleness of summer throughout the entire school year!

You make half term sound so blissful. I should stop stressing and relax and enjoy! ;)x

Hi Ciara,
hope little ones are feeling better soon ...made me smile you did, we call it "telly" too :0)
Love the sleepover pics ! And again another smile...staying in pj`s and eating late is "normal" for us starnge homeschoolers ...great days ! Hugs have a great Samhain tommorrow night !

That's what holidays are all about after all, changing down a gear.

Lazy Days.
We've had a week off school and it's been a strange mix of doing nothing and a lot happening.
cures for anxiety
anxiety remedies

hai... nice to see you in your blog... dont forget to visited in my blog to.. ok!!! and leave your coment. If you want to be famous in my blog so get to be follower my blog oke...