Last Of The Summer

So. Here we are on the eve of the first day of school. The holidays are over and I am sitting at the kitchen table looking out at the clearing skies, the rain blowing slowly off the hills, and the children creep out into the garden. Maria Callas is playing and I'm finding the tragedy and drama just right for my mood, (he he). I also find myself reflecting on the last eight weeks. Even though we don't necessarily see it as it happens, there are small changes, momentous changes, in each of us.

For The Eldest, this summer was about turning twelve. Preparing to enter his final year in primary school. He spent the summer devouring Enid Blyton books: most of the Famous Five, Some of the 'Adventure' books, and some of the 'Secret' books. He got his first phone. And he made a film! 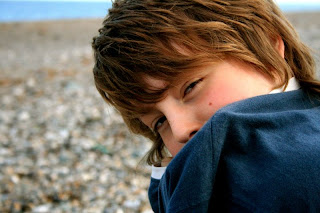 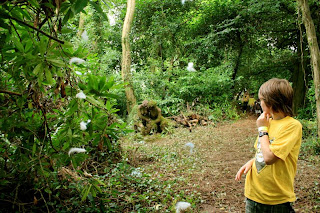 For My Only Girl, this summer she turned ten. She got a new, grown-up haircut. She was reunited with some old friends. She re-read most of the Harry Potter books, by herself. She not only went to her first concert, but she got to see her heroine, Avril Lavigne, live on stage. 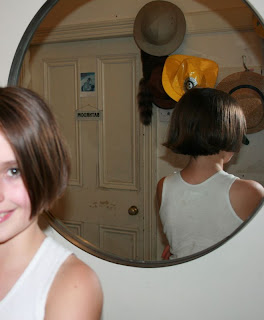 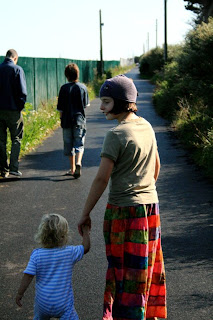 For The Little One, this summer was about finishing up in playschool and getting ready to start 'big school'. He made some new friends. He discovered he loves Marvel comics, and especially loves the villains! He has learned that although he is no longer the 'littlest', he is somewhere in between, and not quite sure where that is yet. 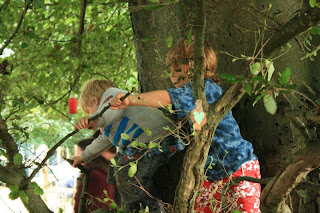 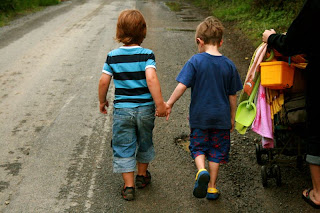 And for sweet baby, The Smallest, this summer he learned to walk! He learned the meaning of 'wet', and of 'it's raining'. He started singing. He discovered cars. And he learned that it's much more fun to feed himself. And he now has a list of about eight or ten recognisable words. 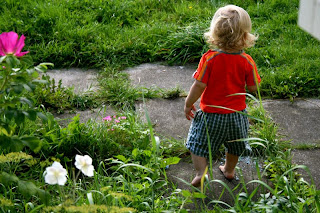 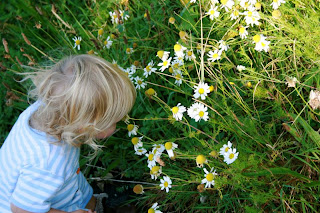 It's been fun, relaxing, wet, too short, quiet, with lots of hometime, and a wee bit of cabin fever thrown in from time to time. I am torn between rejoicing at getting back to the routine, and feeling like it wasn't long enough. We rode on trains, we 'festival-ed', we swam, we hung out, we baked, we read lots. We wouldn't have minded a bit more swimming, and a bit less rain. But we are ready to face the Autumn and a new year of sorts.

And we hope you can be there with us to share it.
Posted by Ciara Brehony at 15:09

So sweet. I think summer is a very special, magical time for kids. It must be wonderful to have that sort of magic in your life.

This post made me all emotional :)
Such beautiful kids you have... all with their own personalities and journeys mapping themselves out.
I wish them all well on the back to school rollercoaster :) and I like Finn's haircut :)
Glad to hear of the book coincidence!
X happy quiet days at home :)

So Lovely Ciara, such big steps and little big steps for Billy...... Big steps in our house too. Hope Edmund got on ok in school. Aubrey went in, and first thing he wanted to do was take off his sandals!

What a very lovely family you have. Children grow so fast! I am sure you will treasure every moment.

A moving post, ciara. You have four beautiful children and a well arranged mind. I wonder how you manage...
It was funny what you commented in my blog about life B.C. (before children). My husband and I now often wonder what we talked about B.C. We can't believe there was anyhting else to talk about. Well, apart from music, that is... ha, ha.
:)