This time of year is when we start talking about holidays. And there's a definite edge of desperation in my voice. We always seem to have a run of people being sick around now, but this year seems to be worse than previous ones. Or do I say that every year? The two little ones seem to be really struggling to stay well in spite of all my efforts.

We stopped to have a breath of fresh air, but the usual skipping and singing did not make an appearance and there was a definite sense of effort, as in EFFORT. Poor fella. 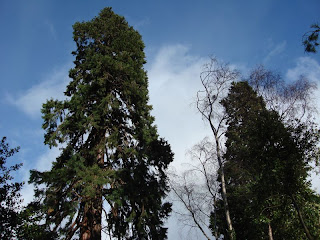 He was determined to gather all the pinecones together. All of them. A task that was never going to be possible, no matter how well he was. 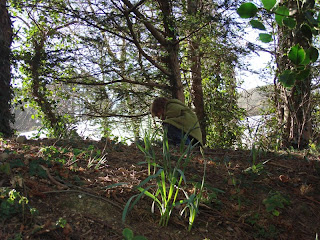 In the end he went from being annoyed and upset to just dropping them and dragging his heels back to the car. Defeated. 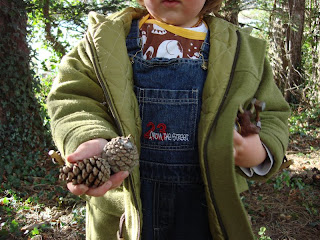 We managed a little pile, but not enough to make a proper fort for his newly acquired Minotaur. That will have to be another days play. 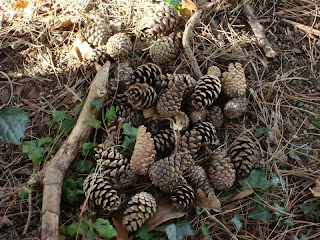 A little bit of magic is needed here I think. I'll have to have a look and see what I can rustle up from my Magic-Mama cupboard of inspiration.

February. A month of slim pickings.
Posted by Ciara Brehony at 23:09

Email ThisBlogThis!Share to TwitterShare to FacebookShare to Pinterest
Labels: kids, out and about

I love to hear this tender stories.