I have never been to the Green Gathering in England, but from what friends have told me, it's a lot bigger than the Irish Green Gathering that we have here. But having been to other English festivals, I was always struck how different they were to Irish ones. Irish ones in the past were all based around traditional music in the pub, which is great craic (fun) and a brilliant experience. More recently has seen the growth of music festivals, which are also based around drinking for the weekend.
Now don't get me wrong, I've done my share of both, and had great weekends, but I always resented the fact that now that we have children, if we wanted to go to a festival with them, we had to go to England. Really. I wouldn't bring them near the Irish ones!
So, over the last couple of years we started to hear about this little festival that was sounding more and more like what we had dreamed of. And it's on our doorstep, nextdoor in County Wexford. So, off I went yesterday with Deborah and our gaggle of children, and within a couple of hours of arriving, I was on the phone to Jay saying, 'We're coming back tomorrow with the tent!' 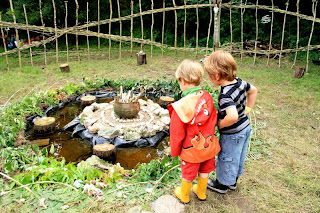 It was so wonderful to see the effort people had put in to create a space that was filled with magic, and beauty. 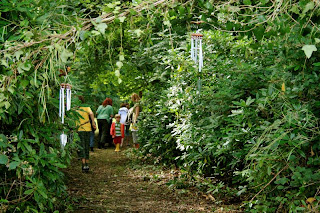 To create a space that was safe and welcoming for the children. 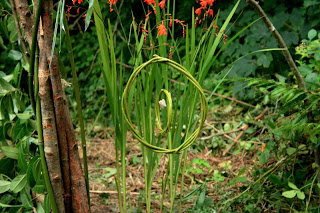 A space where people were aware of each other and their environment and glad to be sharing it with you. 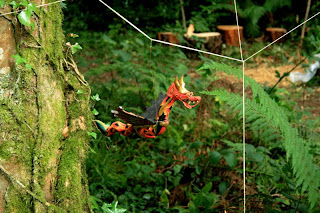 We met up with friends, old and new, and friends long since seen. 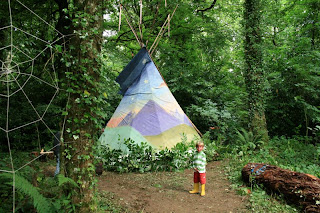 The children were either a blur as they tore around in little packs, or quietly engrossed in one thing or another. Or as with the older ones, gone off to explore their expanding world. 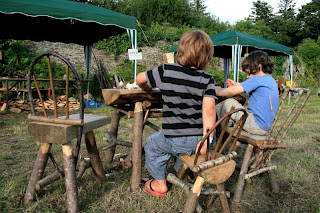 Every nook and cranny had some little wonder in it. 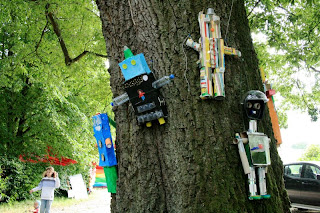 And it all added up to something wonderful. 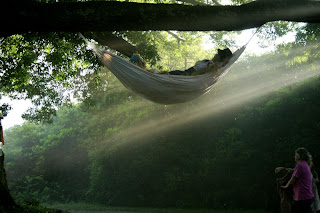 A day filled with magic. Truly. And it's so heartening to see how the children take magic for granted.

So, this morning it's raining. But hopefully it's to brighten up later and we'll head off for another dose of magic.
Posted by Ciara Brehony at 08:00

Email ThisBlogThis!Share to TwitterShare to FacebookShare to Pinterest
Labels: friends, out and about, summer

That looks a very lovely festival... wishing you more sun and magic :)

Hi Ciara, I just hopped over from Rima's Hermitage.
This festival looks so intriguing, I want to go back to being a child and experience all that magic!
Come to think of it, I could bring Phoebe my little granddaughter, there now isn't that a good plan!

Hi Ciara, those photos are the most incredible yet. Well done! Your eye is just amazing, as you seem to capture the atmosphere every time.
I would so have loved the festival. If we are in Ireland next year, it will be a definite for us. I got so wet today, there wasn't any part of me dry in fact! Hope its drier where you are tonight! Celbridge was completely flooded.....

Wow, Ciara. Those photos are brilliant as usual. The festival looks amazing. I think we'll be coming to Wexford next year

Thank you Rima! I could just see you there in your lovely house on wheels.

Annette, the wonderful thing is that everyone becomes a child at something like this. Th magic is infused in everything!

Thank you sweet Annah. You and all your boys would ADORE it! I would love to share it with you next year... sniff...

Andrew! What a great idea. We would all LOVE you to come and share the magic with us. I look forward to it! :-)

The picture of Fionn in front of the Teepee is incredible, and is it Feadh in the hammock? Amazing whoever it is. The sunlight is stunning.....

I have never heard of a green festival, it does sound lovely. It's the kind of thing my boys would have loved when they were little.